From Drinking and Dragons
< RPM:Face/Alexis 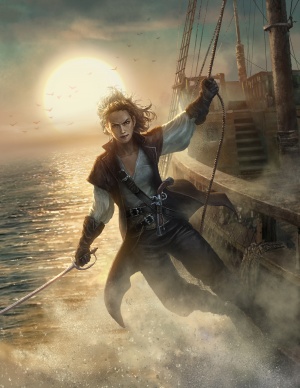 Expert Shot
When aspects are invoked to defend against you shooting an opponent (or opponents), the invocations only give a +1 bonus instead of the usual +2.

My Father Was a Revolutionary Hero
Because of your father's reputation, when citizens of Arkstone attack you socially it is harder for their words to stick. Reduce any social stress from an Arkstone citizen by two.

Isabelle (pistol)
Function—Packs a Punch
Flaw— Only good at short range
Stunt—When succeeding with style the opponent is pushed back one zone.

Physical 1 2 3
Mental 1 2 3 4
Mild 2 empty
Moderate 4 empty
Severe 6 empty
Extreme 8 empty, may only be used between major milestones and REPLACES one of your current aspects.