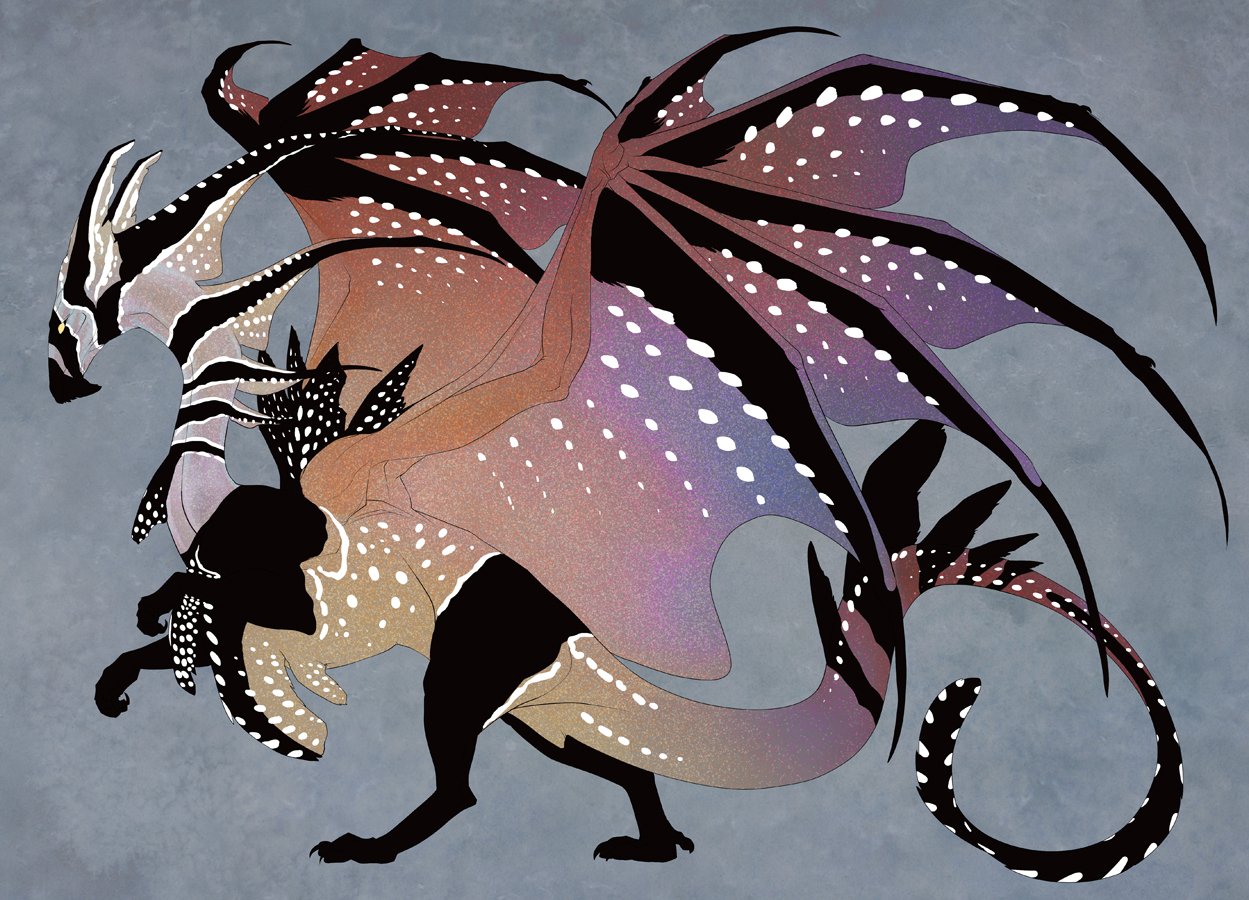 Mahakala’as’saroud was described as a massive burnished golden hued dragon with intimidating wings that extended all the way to the tip of his tail, a white six-pointed star marks the majority of his forehead. It is his form, a golden dragon caught vertical in mid-flight towards a six pointed star over a field of midnight blue, that is the royal crest of the city of Mahakala. While a true representation of his human form has been lost to the ages, the dragon lord is now often depicted in statues and art a tall hooded figure with long, flowing robes emblazoned with a six-pointed star and always with exposed clawed hands. While still known to be alive (if he died the effect of his death would be deeply felt on the land), his location is a closely guarded secret and it is rumored that not even the ruler of the city them self knows where he resides. Communications between the dragon and the royal family are known to take place, though messages are uncommon and seem to only arrive in times when the region is close to turmoil.

Individuals residing within this dragon's sphere of influence are known to exhibit intense powers of being able to shape earth into incredible structures, a natural attunment with the health and well being of the soil and the things that need it to live, or the ability to shape metal in amazingly intricate ways.