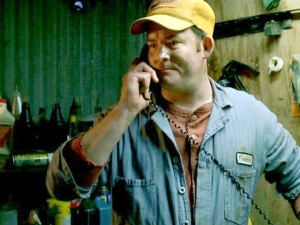 Rune Magic ×2
You are capable of wielding ancient Norse magic, using a set of powerful runes to achieve wondrous effects. Choose two different combinations of approach and action and name the effect associated with them. A Forceful defense might be a “ward of power,” or a Sneaky attack might be a “shadow strike.” You have +2 when you use either combination with magic.

Chooser of the Slain
You have the innate ability to know when people are potentially going to die. Once per session, you may name a character whose final hours are near, take a Foreknowledge of X’s Demise advantage with two invokes into any scene with that character, and use them as you see fit. If the character you name escapes or forestalls their demise, the GM may compel that same aspect as the consequences of their altered future play out.

Perfect Memory
You have supernaturally perfect recall of nearly anything you’ve experienced. Once per session, you may automati- cally succeed at any overcome action that involves knowing specific information, provided you can justify where you encountered the information to begin with. Particularly far-reaching justifications may cost a fate point at the GM’s discretion.

Monoc Securities Files
Once per session, you may ask the GM for all relevant background information Monoc Securities has on a particular character, and the GM must tell you something useful. That useful thing may constitute an advantage with a free invoke, which you may use in any scene with the subject of your inquiry.

Wounded (sticky): 4 [ ]
You have an additional condition you can take specifically to absorb four shifts of physical harm. To recover, you must spend at least a scene of downtime resting or obtaining medical attention, having your wounds bound, etc.

Injured (lasting): 6 [ ]
You have an additional condition you can take specifically to absorb six shifts of physical harm. When you’re Injured, death is on the table when you’re taken out, as with the Doomed condition. To begin recovery, another character who is capable of seeing to your injury must overcome an obstacle of Great (+4) or higher, in quiet and ideal conditions (as in, not in the field). You recover fully at the end of the next session.