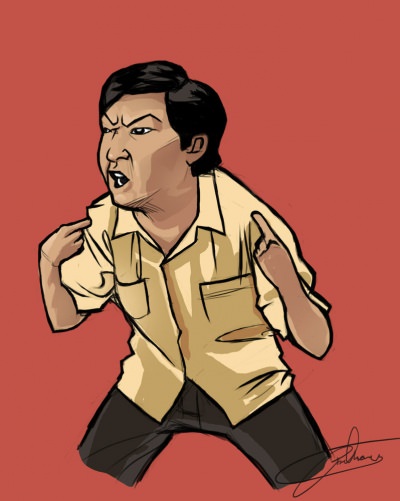 There is an Audition version of this Face

Brick: Chang is this little guy that started taggin' along with us after the Deep Blue thing. Back then, he seemed a little weasel-y like he'd play both sides. Later, I found out he was a Marvel comics fan so it all started making sense. DC all the way! WHOO!

Lately, he seems more okay & he does seem to have some cool connections around campus. He seems to have a thing for Becca which I'm all about helpin' out with.

Becca: Well I was thinking Chang was starting to be a hero, but then he ran. Well, he was cool to help track the alter.