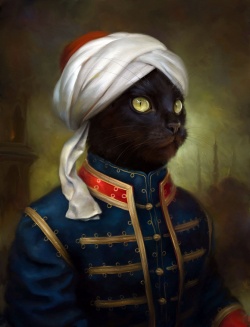 Echoes of the Beast: Some part of you shares affinity with a particular kind of beast. You gain improved senses—+2 to attempts to detect or notice other creatures. Animals of the type you share have an affinity for you—once per session you can declare that an animal of that type in the scene lends you a hand somehow. You only gain access to this ability when transformed.

Pack Instincts: You may specify a group of people as your pack, and perform a bonding ritual with them. Once you’ve done so, you may communicate simple, single-word concepts—run, attack, guard, distract, etc.—in such a way that casual observation will not detect it. If someone’s focusing on you specifically, you still get to roll Sneaky to keep them from seeing what you’re doing.

Superior Speed: You gain +2 to Quickly defend or create advantage.

Trust Me (from ShotC) When you use your action to tell another PC to do something dangerous, and they do it, they get +2 to their roll.

Riposte (from Fate Core) If you succeed with style on a Fight defense, you can choose to inflict a 2-shift hit rather than take a boost. This bypasses the stress restrictions from the stunt Diminutive Size.

Physical Transformation: [ ]
You can take on the form of a particular animal. You can do this at will—mark this condition when you’re in that form. While you’re in animal form, you have access to all your core and additional stunts, but also have all the communication limitations of that animal. For example, wolves can’t talk, at least not to people, and other limitations may apply depending on the circumstances.