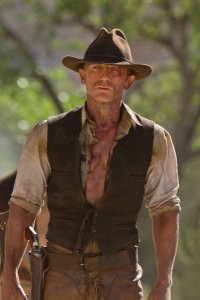 Backhand Swing and a Miss! Loving mother but abusive father who trained him in the Art. Ran away to find others to learn from.
Culturally Insensitive Has unintentionally insulted Africans (Amiri), the Irish (Leprachauns), Polish (Sonya)... inspiration
Doing the Right Thing is Costly While seeking out the Lakota tribe to help them, they instead tortured him and bound his spirit into his journal
Gnashing Teeth, Slashing Claws While on a case Joseph was mauled by a Sangrophage and barely survived. This has shaken him emotionally and left him on the long road to recovery.

Amnesia
Impaired Senses (Sight, corrected)
Impaired Senses (Sound, uncorrected)
Honorable 1
Bookbound
Similar to two point emotional problem obsession, except that he can be forced by spirit powers back into the book. He may elect to willingly go into the book, but much spend effort and essence to get back out.
Accursed (Tech Hates Me)
Psychological Problem (Delusions of Anatomical Abnormalities, Extreme [3 out of 3])
Gained by looking into the Dullahan's carriage.

Age 1
+4 Skill points (+3 to languages, +1 Engineering [Architecture]), +5 points for metaphysical (+1(2) Farsight, +1(2) Insight, 1 point into purchasing extra essence), +5 Essence. All worked into the character sheet.
Influence (Paranormal) 1
Official Identity (False)
Photographic Memory
Those with photographic memories have an uncanny ability to remember things. After reading a book, they can quote passages without missing a word, and they almost never forget anything. The Chronicler provides information that the character remembers whenever it is necessary. Also, characters with this Quality receive a +1 bonus on any skill where memorizing facts is useful; most scholastic skills fall under this category. Furthermore, any Tasks where memory can play a role gain a +1 to +3 bonus, at the Chronicler’s discretion.
Pulling String—Library 1
A character has unlimited access to a library of a general nature or one specific to an academic subject. A Normal quality library requires no roll. A single Success Level on a Willpower and Bureaucracy Task grants access to a Good quality library, two Success Levels an Excellent one, and three or more levels a Superb one. The character has access to the place for one week. Each additional week requires a new Task. Private use requires an additional –2 penalty and may require the character to work late in the evening or early in the morning. The Chronicler may decide that certain facilities are not available in the area.
Pulling String—Occult Library 1
A good occult library is invaluable to a ritualist. Access to a Normal quality library requires a Willpower and Bureaucracy Task. Success provides the character with books or personnel who can teach three to five different rituals (determined by the Chronicler). The higher the success, the better the facilities available. Two Success Levels grant access to a Good quality library (six to twelve rituals). An Excellent library requires three Success Levels and has between 13–18 rituals. Superb libraries require at least four Success Levels and have between 19–24 rituals. No one library has information on every known ritual.
Hyperlingiual 1
The character has an uncanny aptitude for learning and speaking new languages, from the most mundane European tongues to the strangest dialects of jungle-dwelling tribesmen. He may add his level in the Hyperlingual Quality to any Language skill (even if it is zero) when determining level of fluency. For example, a character with Language (Swahili) 2 and three levels of Hyperlingual speaks Swahili with “complete mastery,” a level of fluency normally associated with a skill level five. The Chronicler may impose limits dependent upon the agent’s Intelligence if the player abuses this Quality, and should penalize heavily when interpreting alien languages.
Essence Channelling 4
Regain 4e per minute.
Gift
Simple Per test
The Gift denotes a connection with the Otherworlds, a connection that allows the character to sense things that are hidden from Mundanes. All the Gifted have the ability to perceive the presence of supernatural energies or creatures. By succeeding at a Simple Perception Task, a Gifted character can sense if a supernatural being is near, and can detect strong flows of Essence in an area or object. This sensing is not accurate; it does not tell the character exactly what or who emanates an excess of magical energies, although the Success Levels of the Task provide the Gifted character with successively more information.
Resources -- no levels
Average. $9k in property. $1500/month pre-tax.
Hard to Kill 1
+3 life ponts; +1 Survival

In the year 1899, Joseph Padalecki was in North Dakota on a year long spiritual retreat. He was the last classically trained magician in his family and was seeking out the Lakota tribe to hear of their plight and see if there was something that he could do to fix it.

When he found the tribe, the shaman was a young man full of rage and grief, having recently replaced the elderly shaman who had been shot by a group of "white devils". When they found Joseph, they took out their hate on him for nearly three full days.

Just as he was about to find peace in death, the young shaman cursed Joseph to be trapped in the world but not part of it. Joseph's soul fled his body and found its new home in his journal. "You will not know peace until the Lakota people are free of the white devils."

Years later the journal and belongings of Joseph was recovered, and the journal was passed down the generations as a curiosity.

Fast forward almost a hundred years to 1980. The US Supreme Court agreed to award the Lakota over one hundred millions dollars, starting a process of recognizing the rights of the Lakota people. This watershed moment in concert with Joseph's strength of will was enough for him to purchase his freedom, though in moments of weakness his spirit will withdraw back into the book.

Once he had managed to escape his prison, he immediately fled. He knew the type of work that his great, great, great grandson did and wasn't sure how he would react. He managed to cobble together a false identity and secured himself employment as a professor of anthropology.

Joseph was perplexed that the world didn't work the same as it had before he was imprisoned. Until recently his gift rarely, if ever, functioned. The strength is returning, and he was asked to join the VAT. Little did he know that his grandson was also being brought on board.