Wild:27 The Stars Stole Our Language

Nathaniel: As we sailed towards the marooned vessel, our dwarven contingent readied themselves to board, heartened by the enemies flying and swimming madly away from our approach. The shield wall boarded first, followed by the pikemen, clearing the way for the rest of us to board.

Seeing the look on the enemies faces as Doomipede, carrying Brilla, crawled menacingly across the plank would've made my heart race, if I had one. I commanded my legion to assault the ship's Treant, as I understood that we needed to remove him as quickly as possible.

Our foes quickly moved to release monsters to attack! Duergar opened a solid steel box containing an Ephemeral Swarm while the Treant was distracted by my army. Brilla managed to talk their Blue Dragon into joining our side of the battle, though Fuelwen swears that he breathed on him intentionally.

Fuelwen: I was stunned. This epic battle, and I nearly exit without a scratch. The only injury I sustained was "friendly" fire from Duadhir. Regardless, we fought, we won. The Dwarves threw in their weight, and I almost kept the swarm from being released, for all the good that did, which is none.

The dragon did intentionally attack me, but I completely understand its motivation. Might makes right.

Brilla: This fight could have easily been much worse for us. I was able to convince the dragon the help us in a limited fashion, the treant was far-sighted, and the only real threat on the ship was a swarm of undead rats and an invisible bard.

My new headband was able to summon fire that was able to injure the bard and swarm as well as summon a tiny cloud that floated above the invisible bard so that the rest of the part could take him out.

I am very happy with how well this worked.

The ship is taken

Nathaniel: After the ship was taken, I was honored by the dragon, named Daudhir, by him sharing stories of himself. Daudhir is from the alternate material plane that many on this ship are from. He was captured by the Wu Jen who assisted us in stranding the ship, and seeks revenge against him. Brilla let slip that he traveled to Acheron.

Fuelwen: I busied myself with taking inventory. There was a great deal of cargo on the ship, but little of real value. Given the size of the vessel, most of it was the supplies required to keep the crew alive on a long voyage.

Brilla: Once the ship was captured and a day passed for the feather token, we set said to Drn Tg with sign of victory. During our voyage I negotiated with Daudhir, the blue dragon, for resolution of his help. We agreed to let him keep the rest of the crew on this ship and the ship itself. All treasure on the ship was to be given to us if it wasn't in the horde. A fair deal I'd say.

Nathaniel: Upon returning and relaying our success the party was released from their service contracts and given their payments. My forced service was reduced to a single month and I've served out my time as a scribe. 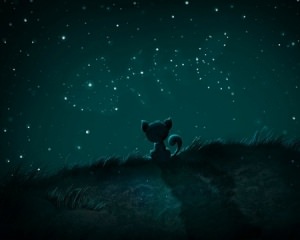 Nathaniel: One night in the sky we see a constellation that was never there before. We ponder it's meaning, with Brilla suggesting that it's a spear headed for the whale constellation. Shortly we discover chaos in the street as everyone's shared language, Common, seems to have been removed from the game, er, the world. It has been replaced with a random language.

Fuelwen: I noted the star arrangement. I also noted that the world descended into linguistic chaos. My investment in mastering many languages proves to be valuable once more. I suddenly find myself equipped to master the tongue of the goblins.

Brilla: Something strange happened in the sky that brought society to a halt. It appears that the language known as Common was removed from everyones mind, replaced by something random. It is a good thing I have taken to the study of many languages that I will just now reveal to the group that I know. (DP spent on lots of languages)