TskTsk: As I scout ahead I hear the sounds of someone up ahead. Approaching cautiously the scene reveals itself to be a one-man play in progress, with an audience of hushed fae. Quiet faeries are unheard of, so something was amiss. Watching more closely I see the actor's face strained with effort and hear the raw rasp to his voice.

After our clutch agrees that we should investigate, I approach, clapping valiantly at the man's performance. My applause breaks the fae enchantment and they scatter, disappointed that their plaything has been freed.

The actor calls himself Honor, and is of very mixed ancestry, mixing dragon, some form of outsider, and gnome.

Fuelwen: I hate fae. I feel that I must point that out. We helped their victim, and I must say, at least they gave him a dignified torture; not like the laughing, flower-collecting tortures I usually expect from them.

Brilla: It looks like the fay enthralled some poor soul. Knowing not what kind of enchantment the man was under, Tsk'Tsk decided to investigate. After giving applause for a performance the curse the man was under was broken and the fey scattered.

The being, Honor, was a mutt sorely missed from our time in the Milding. He says he knows of a way to where we may need to go, but won't enter. Knowing we needed help and asking the fey being out of the question, we take his assistance.

TskTsk: Honor tells us that the labyrinth grows and morphs at a whim, and is filled with traps of all kinds. It is the home of Sadie von Masoch, an unseelie monarch of this isle.

We enter the labyrinth and discover that its twists and turns are more than just physical. Climbing or swimming, for those of us so naturally inclined, move us deeper into a "primal fae" where dangers are more prevalent. But the material plane version of the maze holds it's own dangers, as the clutch mother sets off a sap trap, causing havoc among the clutch.

Beyond the trap we discover that we are not alone in the maze. No one is surprised by this. The tracks reveal a large cat and a humanoid and eventually they start to cover their tracks.

Fuelwen: Our tradition of the direct approach puts us into conflict with the traps in the dungeon. A useful tactical tool, but only to delay and frustrate your enemy. When you are that enemy, it's trebly annoying. After many false starts, we get into the labyrinth. There's no point in formulating an exist strategy- the labyrinth is too changeable.

Brilla: Knowing the labyrinth was full of traps, I found that after some rest I was able to shape the magic spark inside of me to be more wary and observant. This did help in that I was now able to set off the traps with purpose!

The maze twisted and moved around us, making mapping difficult at best. It seems that the defenders of this maze were able to move with impunity. They called in a note that to progress we must experience the bliss of pain. Evidently traveling with this group of degenerates is not enough.

TskTsk: Wary though we are, we are still caught by surprise when we are attacked by those we had been following. The tiger had a rider who wielded power of a type that I've never seen before. I successfully kill her. And her tiger. And I nearly squeezed the life out of the petal spellcaster, but the damn thing was slick.

Fuelwen: We were challenged to a fight where no one was supposed to die. That was implausible. Still, we pounded on each other for awhile, drawing great gouts of blood and gore. Somehow, there were no casualties.

Wiki update: TskTsk/Fuelwen/Brilla: Auto20 on next will save. 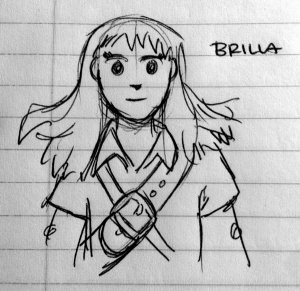 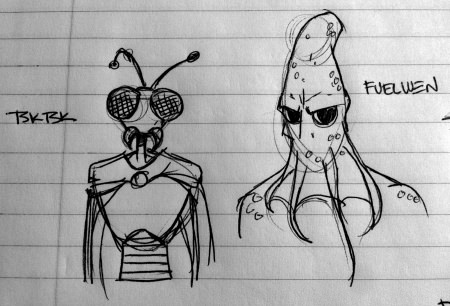