13A:Play/29 Tearing Into That Fish 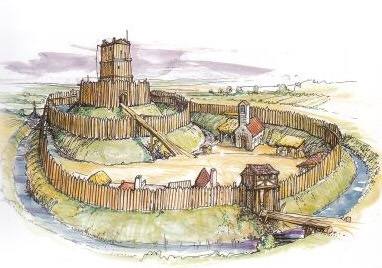 📚 Annalana: They have quite a fortification around it, a wooden palisade. The total camp is about 60 people. It is rumored that the hellhole has been closed.

📜Elistheren: The GGW has Charlize in the prison of a keep, and it's well defended. Too well defended for any sort of frontal assault, so we need a diversion. Fortunately, we have a plan!

📚 Annalana: Qistis decides to use the weather control tower to create thunder snow as a distraction. While she is inside, I use Semaphore to direct Elis how to position the top of the tower.

Annalana disguises herself as a dark elf so that we can get in for shelter during the storm. They allow us to enter and Annalana gives the name "Malika". We set up a boob tent as cover for "Elis and Annalana" to "have sex" while we are actually exploring the camp.

If sex sounds like an Owlbear eating a bunch of dead fish… I don’t want to know what you think sex is. 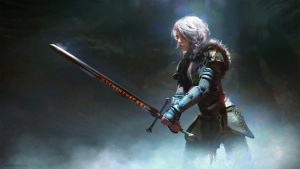 📚 Annalana: Elis and Annalana start to wander around, looking for the blue dragon. We encounter Wojtek, a sergeant who offers to help build relations between the Great Gold Wyrm and the Elf Queen. She offers to show us something interesting… It turns out that this garrison has the green scale that Annalana had formerly had. Wojtek offers it to start a relationship with the Elf Queen.

Elis and Annalana return to the tent to find out that Edie has just left. Qistis tells us that Edie was very interested in what was going on in the tent. Edie returns shortly, mad at Qistis. Annalana dives into the tent and Elis talks to Edie, trying to dodge him by using his evil book.

It turns out that Malika is an old, dark god and now we are her avatars. She is about death to authority and bear claws (the danish and the animal claws).

📜Elistheren: We start by breaking one of the Arch Mage's weather control towers. We weren't trying to break it, specifically, but that's the end result. In the chaos, I'm given the option of plummeting towards my death or pulling a parachute out of my hat, so I do the latter. A horrible winter storm blasts down upon us. Under cover of the storm, we approach the keep, claiming to work for the Elf Queen.

Now, in the camp, we can hunt for Charlize. But we need cover, something that will keep the GGW soldiers from looking too closely at our corner of the camp. I suggest that we give Karl some dead fish and whoever remains in the camp can tell passerby that I and "Malika" are being intimate.

There's a bit of "in the camp, out of the camp, leave the camp" comedy of errors, but it ends up with me trying to use the Revelations of the Dark Gods to talk our way out of trouble, only to discover that Malika isn't an alias, but an ancient deity.

📚 Annalana: Qistis warms herself by the fire at the forge, with the blacksmith asking blindly for help. He is working on a new set of manacles that “you requested”.

📚 Annalana: Annalana tracks Edie on the way to the forge and lifts his keys. She overhears Edie say "Keep making the manacles, I think that we'll have more prisoners tonight…" Annalana rushes back to tell the others.

Annalana throws another fish in the tent, says "It is Qistis' turn," and she and Qistis take off for the prisoner. They discover that the dragon kin is one of the group that Annalana sold it too.

We quickly gather our things as the guards try to mount a defense. We are set upon by three giant maws and two fiery demons. They proclaim that they are demons of flame and they will destroy us demons of shadow.

After we defeat our opponents, it looks like a giant entity comes forth from the hellgate. Whoops.