Brew:40 How Hard Could It Be To Kill A Vegetable Lamb?

Opens with destroying a Vegetable Lamb of Tartary 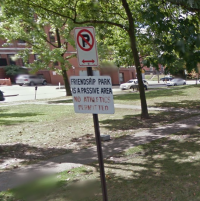 Reba: There was a Veggie Lamb in the inactivity park. Had to take it out so the crusties couldn't get their hands on it. It was way too hard. I don't want to talk about it.

Markos: We decided to check out this vegetable lamb at the inactivity park. I had my new handy dandy Iceman Gunneth. Turned out killing a lamb made of vegetables is really hard! 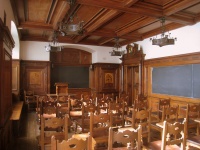 DM: Becca is writing an article for the WUP newsletter and is scheduled to meet with a nursing school student named Ryan. Ryan is running late so Becca goes to investigate and find Ryan tied up a in spider web from a giant spider thing in the German Nationality Room. Becca fends the creature off but not before she gets hit with a poisonous bite. When she gets to the hospital she learns that the poison has the doctors quite stumped on how to combat it. She opts to leave the hospital to keep investigating with the cast.

Researching the Spider Creature and Talking with Mag O'Shea 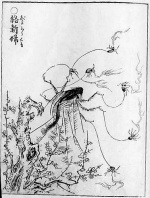 Reba: The others talked to Cookie to track down the name of the shadowy spider critter which stuck its fangs in Becca. She told us to meet an expert in the Sticky Buffalo. It was Mag O'Shea. Damn. Never trust a fairy, But at least he knows how to order a belle a drink. The spider was a Jorogumo, and we needed to break into the library to get some old Quaker recipes on how to banish it.

Markos: We needed to get information on this spider thing that attacked the Cathedral of Learning. We tries the normal methods...but in the end we went to see the clauricaun Mag O'Shea. I traded my sobriety for some information...*hiccup*

Reba: There's bad blood between Becca and Conan the Librarian. Becca, me and Conan sauntered on down to the basement where I pretended to be doing some Voodoo to distract him. Drunk Markos almost blew our operation, but James pulled through.

Markos: Still drunk...I may have pissed off Becca...