L:8 Of Nipples and Ogres

On the Dungeon Catwalk, on the Catwalk, Yeah ...

Dario: We enter the dungeon and immediately begin falling ... again. Eventually the sensation of falling fades and we are left in the air hanging. Thaddeus' eyes are able to pierce the darkness and he sees a woman on a catwalk being tormented. Our guess is that it is Isade.

Rescuing a damsel in distress is one of the things that I live for and we light the place up and charge in. I bolster my aura of courage and once Isade is inside that safety net she comes to life and helps us in our battle, allowing us to defeat this version of the phantasmal killer.

Thaddeus: Isade lady is way sexy. HUGE nipples! I like that. We killed the, um, giant undead handmaiden monster thingy. It tried to drown me in a ball of snot but I saved the sexy lady and ripped my way out of that gross mess. The other guys said we killed the fantasmul killer, but if that is true then why are we still here? I am afraid I don't completely understand what the hell is going on in here.

Nict: What a weird world. We seem like we are free floating watching something enfold before us. We eventually make our way to a point we can interact with the events unfolding. Thadeus & I are able to clear out half of the monsters in the room. They congeal into an Assybah's handmaiden. To make matters worse, it tries to induce dispair in me by making one of the faces on it's chest look like Sehra. In rage, I push my power farther than I had ever been willing to before destroying the undead creature.

Isade is Returned to Life

Dario: Once the fighting is done Isade reverts to a dead state. We use some dream dust and bring her to life once more. Reflecting on the event, it is interesting that Malyth was profoundly effected by his return but Isade is not. Perhaps this is due to the training that she has received.

Isade tells us that Olivia's defenses have never been bested and is surprised to hear that she has been lost in this dream world.

Thaddeus: I saved the lady, she flew around and helped kill the monster. But after that she died somehow I guess. SO confused. I asked Toori for help in returning her from the dead so we could figger stuff out. Toori doesn't seem as helpful in this dream thing for some reason. But it eventually worked. She came back to life and helped us go to the box.

Seek Out the Box 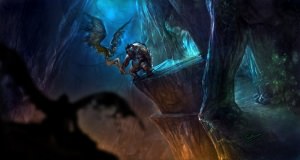 Dario: Our next course of action is to seek out the box that Nict felt the presence of earlier. Isade is a great help and transports us to that location. Inside the box is a map marking a cache of weapons in the swamp. Under the box we notice a small hole and begin to dig...

Thaddeus: Fake box... swamp location a trap? Must remember to be careful if we go there for reals.

There is Another ... Box 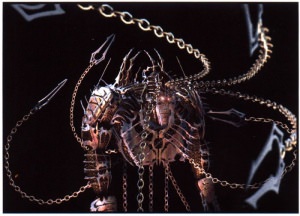 Dario: Eventually the hole is big enough to go through and it leads down down down. We tie some ropes together while I take off my plate and I climb down. At the bottom we encounter large creatures with chains, who I later am told are ogres. Thaddeus joins me in the hole and casts magic on me to be able to talk with them. They are defenders of the real box and I talk them into allowing us to talk with their boss.

The chains they hold lead back to an animated suit of mail that telepathically talks with us. After some difficult convincing it believes that we are here to help and Thaddeus retrieves the box. It's contents provide us with a wealth of support.

Thaddeus: I went into that hole with loudmouth guy (okay, I actually like him, he is brave). I helped him speak to the ogres. Those guys can be dumb and scary. Dario is good at talking, so we did not get killed by them. So we like talked to a weird chain demon or something, then I walked up a pillar and got the real box. It's full of good magical shit. I got me some fancy bracelets that help me shoot my bow better I am told.

Inside the "real" box were the following items: