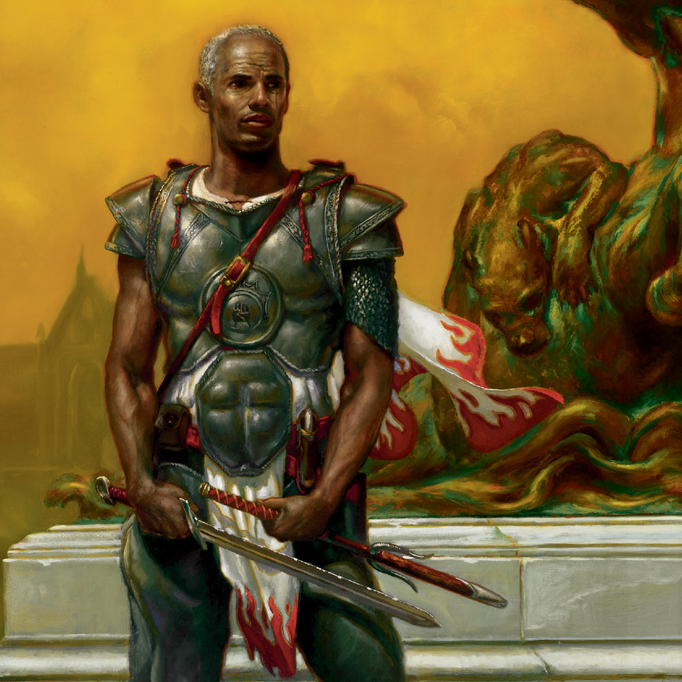 Concept: Master of the Hunt

Detail: I see him as adept at hunting even people in an urban environment (bounty hunting). Thus not quite "master of the wild".
Invoke: Any rolls to tracking, or to invoke for Hound or Hawk's attacks in conflicts.
Compel: See talk page.

...though I am competent at the job.
Invoke: To pull family out of the woodwork for resources or name-dropping. Bonus on social interactions with other not-from-the-ranks officers.
Compel: Penalty when interacting with enlisted soldiers who don't know him directly. Others might not trust his opinion when trying to convince them of something.

Aspect: Mystic Connection To The Land

Origin: This aspect shows relation to the Sorcier.
Invoke: When using Survival to size up a region, he can get a reading from the land itself for bonus. Bonus when using Empathy with nature.
Compel: When in Sorcier-polluted areas, it's an easy compel to give penalty. It'd also be an easy compel to make him more-susceptible to the magic that's strongly reflective of the area's dragon-magic.

Origin: He performed the amputation, cauterization, and cleanup on OneTusk when everyone else would leave him to his musth-rampage and death.
Invoke: Bonus to rolls for consequence recovery. Bonus when interacting with wildblood socially.
Compel: To miss a scene because he was taking care of someone who asked just nicely enough.

Aspect: Raised in a Caravan Abroad

Origin: Ildefons grew up constantly traveling with his merchant extended family on caravans throughout all the known world and its front. He made multiple trips to Mallory's homeland of Wurud, including her joining one caravan trip back to Lisway when she left.
Invoke: Ildefons learned the traveling-merchant's way of life in his youth, and he met a lot of people along the way. Invoke either: to gain a bonus when interacting with the merchant class, or to declare he has a (tenuous) relationship to some foreigner.
Compel: Ildefons didn't grow up with many solid non-family friends, but an ever-changing cast, many of whom would not have been so friendly. He also never necessarily learned all the proper manors at home. Compel either: to keep him suspicious of new companions, or to make him look "undomesticated" at court.

Aspect: I'll defend Lisway because Arkstone is a nation for everyone, and everyone must do their part

Thick Skinned
You have Armor:1 versus all attacks. cf, Example Extras but Armor:1 vs both tracks instead of Armor:2 vs physical

Head Shot
+2 to create advantage with Rapport to encourage others to attack foes in leadership positions.

Legal Studies
+2 to social skills when invoking the law. (Too broad? Need a limit of 1/scene?)

Ballsy Will
+2 to Create Advantage with Will when doing something extraordinarily ballsy, gutsy, or probably shouldn't be done (calling someone out in public, making a scene at a party of dignitaries, etc). It doesn't allow things to be made with Will generically; it applies when will is needed to make the advantage already.

Patience of the Tortoise
Can use Will for any Overcome roll in social situations when time is of not of the essence (in lieu of rapport, empathy, deceive).

Quick Draw
Gain +2 to Weapons when you attack an opponent you have not yet struck this scene. (Goes away once you have succeeded against that foe with any Attack using Weapons.)

Loaded Blunderbuss
Once per scene, when using Survival in a conflict, you can Create an Advantage on all targets from a whole-zone without having to divide up your shifts.
Narrate with a flashback to what the blunderbuss is filled with (E.g, Aspect on all targets "Choking On Smells of Burning Death" -> "Soil from a graveyard, and a little bit of rock from the fire drake's nest.") This is slightly "magic" (see: campaign's "magic is in the soil" trait)

Profiler
You have connections and you know how to put them to use to learn more about people. When you check off a Wealth and Favor box you may ask the GM to tell you an aspect of any character you interact with in a scene with a free invoke on it.

This condition represents your personal wealth and your influence within society. Mark a box to aid you by leveraging these assets with effects as outlined in the stunts. Recover one box each session as you trade favors and earn capital. 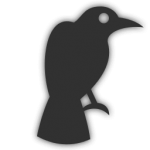 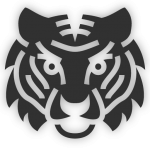 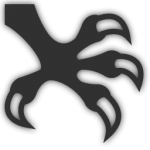 The family is of middling wealth, reaching for upper wealth, due to mercantile businesses (busying/selling, caravanning, arranging). During and after the revolution, they were able to acquire some lands during the redistribution for their help with supplying the cause. While the family still participates in the mobile enterprises, much of its wealth now comes from fruit and berry orchards occupying much of the valleys around Suffimer ("Sea of Sufficiency"), the great central lake of Arkstone. This is of particular concern to the starvation story line...

The family has many ties both with various guilds, but not rigid membership in any. For example: they have ties to the Vinters, supplying much produce for the business; and the Basketmakers, for the transport of goods; and the Trade Federation as well as the Mercers, for obvious reasons...

Ildefons is part of the first generation of the family sent to L'île où s'a ("Lisway" in post-revolutionary geography), far from his upward-reaching family and with few relatives. He has a lot of pressure from home, but not a lot of continuing support.

What was Ildefons' first memory with formal weapons training?
Ildefons' training started during the caravan years, first day out of town. The master-at-arms for the caravan guard was also tasked with a martial education, due to the threats on the road. Ildefons did not want to go through the training alone, so he selected Clément Cailler, a similarly-aged child of a servant, to join him in the studies.

When was the biggest backlash from the land due to your power?
During the siege of Briskadoon (where Ildefons later met OneTusk), the land was so foul and toxic with blood, terror, and (especially) Sorcier foul magics that it took all of Ildefons' will even to walk into the place, which is why he served a medic role there.

How did you get your current stable of animals?
Oroitz initially tamed Ildefons, bringing him shiny things (stray coins, etc) in exchange for bits of food.
Bihotz was found during travels in Condrol as a pub and raised from a young age to be a companion.
Berta was purchased after she had been showing potential. Her prize-winning flight was shortly after acquisition and bonding.
Irensle was acquired as a gift from the Royal Zoo in Kirkush as a thank you for contributing to clearing some political issues. (See session 23.)