Ilke: I was in the middle of a not-so-successful interrogation with Maxwell when the lights went out and we all heard a shout from the patio - "SO MANY TURKEYS!!!"

Stepping out to the back door, we discovered that the backyard was, in fact, filled with an usually high number of turkeys. Remembering what had happened to Maxwell's friend not too long ago, my first instinct was to attack them all in self defense, but not being one to jump to conclusions, I decided to wait and see how they behaved.

So far, they didn't seem to be at all aggressive. On a whim, I picked up a brick and threw it against a nearby tree to see if I could startle them away. The surrounding birds scattered for a moment, but didn't abandon their post - this was getting a little unnerving.

It wasn't long before they worked up the courage to begin approaching the house. Our new friend Brick didn't waste any time commencing the counter-offensive. In the mean time, I wanted to see if there was some way I could confirm whether they were really here after Maxwell. Perhaps not thinking entirely clearly in the midst of the panic, I decided the best way to go about this would be to grab Maxwell and push his head out of the window. I was actually a little relieved to see that all of the turkeys' heads immediately turned in his direction - it would've been rather awkward to explain myself if my theory hadn't proved true.

While I can't say I was overcome by a need to ensure Maxwell's well-being, I knew getting him out of there in one piece was my best shot to figure out what had been going on in the city. It turned out that one of his roommates had a car that we could borrow to make our getaway. I asked him to get the keys so that we could get out of the house. Apparently Becca felt she had a better plan, because without a word of consultation, she proceeded to grab Maxwell by the arm and pull him down the stairs.

A little unsure of what to do next, I decided to make myself useful by backing up Brick and Guy in the backyard...

Brick: Hey, yo! My popcorns 'bout done & all the sudden, the lights go dark. I hear "So many turkeys!" being screamed from the other room so I run over. The little cheerleader is staring out the window so I go to take a look. Sure enough, turkeys everywhere!

I open the window a smidge & yell, "Go away!" but it seems to have little effects on the birds. Man, it's like the movie we saw. Luckily for me, I'm Brick & no birds gonna peck me ta death!

I grab a street hockey stick & take off into the yard... & they all stop & stare at me. So it's me they're after... All the sudden, a turkey is flying backwards away from the basement. That's my cue so I start swinging with my stick. The stick seems to have little effect so I drop it & start punching & kicking my way through the suckers.

Soon, the one-armed chick comes out & start helpin'. I gotta say she's light on her feet. The hippie comes out too & just starts strumming his guitar. I go to smash a turkey that Ilke tosses my way, & I must hit light speed or somethin' cuz there's a bright light when I hit the bird. I also feel a blow that knocks me on my butt... in the middle of the field of turkeys.

I do a kip-up to my feet & run my hand through my hair in style. Then I go to town on these damned birds. The one-armed girl makes it to me as the birds start retreating. I guess they had enough.

I see that they're moving up front so the 2 of us start circling around the building with 'em keeping our distance. I see that they've set their sights on the uppity brunette & Maxwell who are on a roof. And I'm impressed when I see them jump from one roof to the next. Man, those 2 got legs! We follow until the man in the cowboy hat comes around with Tyler's car...

James: The cheerleader got to screaming like a banshee, and all hell broke loose. I helped myself to a Keystone Lite from the frat-fridge. Tastes like piss, but bad beer is better than no beer, right? Right.

The power kicks off, and I head to the basement to find the fuse box. It's dark, but Guy does some mumbo-jumbo and I don't seem to mind the dark so much anymore. I locate the fuse box, check it, and it all seems good. Power outage must have originated from outside the house.

These goddamned turkeys started attacking us! They were even trying to fight their way into the basement. Christ, what a weird thing. I block off one of the little windows with a board and a, uh, kissing booth? Yeah, that was it. Too many other windows to seal up, so I grab Guy (who's shooting fuckin' rainbows out at the birds or somethin') and haul ass upstairs, and lock the basement door.

Just then, Becca goes careening by, with that scrawny Max dude in tow. The frat guy we came to talk to. They run outside, and he sort of, um, leaps incredibly far up to the roof of the house across the street. I'm pretty sure I wasn't on absinthe, that was REAL. A gang of turkeys has taken interest in him - they seem to be after the dude. Gotta get him outta there!

I race upstairs, grab a set of car keys off a dude, and run back down. I exit to see a vicious turkey assaulting Becca, so I use my new skill I've been working on to make it fall asleep. Payback for last Thanksgiving! I unlock the dinky Civic, a few people pile in, and I drive up to the neighboring house where Max has somehow gotten himself. He jumps down on the roof, and Guy climbs into the trunk. I'm not quite sure who's there and who ain't, but it's time to GO!

Escape in the Car

Brick: As soon as I get the chance, I jump into the car. The cheerleader's there... What's her name again?... Anyway, Maxwell & the one-armed girl all get in & we head to the James' place.

While we're on the way, the brunette texts me... Becca's her name... & she tells me she went to the hospital to see to her cuts. When they start talking about research, I tell 'em I'm heading back to the house to see how it's goin'.

Back there, animal control had apparently come & gone. All the turkey corpses are gone. No one seems to have noticed too much although I talk to the guys about Maxwell's necklace, & they tell me that Eliot took it to try to impress the ladies. I guess the necklace is important to someone...

James: I drive a couple blocks, til we lose the angry mosh pit of turkeys. People get situated a bit better, and my instinct of driving to the police station is discussed. Out of immediate danger, we opt to go crash at my place instead.

The night goes by quietly, but perhaps a bit uncomfortable for some - too many people for my small apartment. Whatever, we're all safe. It seems I left someone behind - Becca - but someone else found out she's ok. Whew.

It occurs to me the next morning to look up stuff about the necklace and that Maxwell dude's family history. It is then that I find out about Thirioux's Grey Parrot. A species of bird that, when one is made to make noise, a bunch more are drawn to the area en masse. Could there be a connection between that, the pigeon slaying, and the turkey army? I'm betting so.

I need a goddamn drink.

Next time, on Brewed Awakening 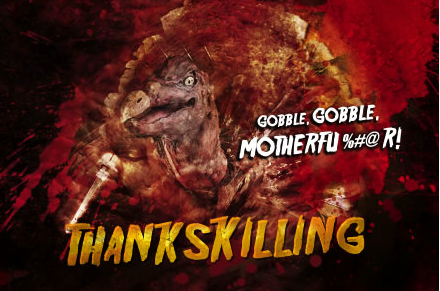