Brew:1 So Many Turkeys

DM: CUT CUT CUT. I cannot believe that she did this! We've been Firefly'd by Fox. Why on earth did I agree to do this show on this network. They've aired the episodes out of order. They decided to start with a "more exciting" episode and started with one of our finale episodes. I've talked with them and we're back on track. Now on to the first real episode....

Hangin' Out At Brewed Awakening

Brick: Hey, yo! I spent the mornin' at my favorite coffeeshop. I'm glad the team captain, Rich told me 'bout the place last year. The place is always full of characters. Today, as I was readin' about the local sports teams in the paper, a fight nearly broke out. This little built chick looked like she was gonna go off on this old dude, but the old dude ditched.

James: Damn that girl is super fine. I must spend half my weekly budget at Brewed Awakening just for a chance to get served by her. I wish I knew her name There's something about that purple streak in her hair that just...

Where was I? Oh yeah, the bird-assault. I knew the manager Abraham from before, we've chatted a little bit about some of the magic-themed books in the store on occasion. Friendly dude. So there I was, ordering some overpriced but tasty beverage from the hottie, and Abraham tells me about the weirdness going on. He mentions the newspaper article. So I pick up a copy and check it out.

It turns out this freshman just died. Pecked to death by a bunch of goddamn pigeons! What the hell, I mean... seriously? Something supernatural has gotta be going on here. I didn't have much time to ruminate on it when a scuffle breaks out at a table on the other side of the room. Some cop didn't like what this writer dude was sayin' to her it seems. I piece it together - she was one of the investigators in the newspaper article. So I go talk to her after the bearded guy scampers off.

Sharon (the cop) wasn't too keen on my attempts at being smooth, but a couple other interesting gals came along and helped me get some info out of her. We're all kind of interested for various reasons, so we hang out for a bit and look stuff up about the killing. The one-armed chick was pretty nice (and it looked like she could fuck me up if I pissed her off), but the cute-ish nerdy one was pretty irritating. And that freaky blonde guy playing guitar in the corner got into the story too.

Becca I don't know why I go to this place, there soo many strange people. The coffie dude tells me to be careful. Careful what does he think I am some little kid? I'm 17 years old I have been around, I know how to take care of myself, thank you very much. And the music man, what is up with him very strange. I don't know why i even talk to them. And the sports dude, All he ever talks about is the "Reds" oh what a waste of time. Look that lady is giving the little man the what for. I think she just lifted him off the ground. I like that, I an going to talk to her.

The Birds Is Playing At Cinema Kitchen

Brick: I finally got through the football and basketball articles, and this little girl... I can't remember her name, but I've seen her before... in a cheerleader outfit says she's scared & wants me to walk her somewhere. She must know that no one messes with Brick! I agree & walk with her to an alley. Man, I don't know why she wants to be here. The place is full of bird shit! Then she starts actin' funny. She asks me a buncha questions like what's my name. How can she not know the best defensive lineman at WUoP!?! She doesn't seem like she's payin' much attention to me so I think 'bout ditchin', but then she asks me 'bout checkin' out the latest flick at the movie joint.

We go to check out what's playin' 'cuz I ain't gonna see no chick-flick! Turns out it's "The Birds". It sounds sorta cool, I wonder what it's about as we go in & check it out.

Man, the show was great! Crazy birds killin' shit everywhere! Yeah!!! When we get out some o' the guys I remember from the coffee shop come up to us & ask about Elliot, a new pledge at the frat I'm in. They tell me that Elliot's dead! Not only that, but man, he's been killed by birds! Just like the movie! Shit man, that's heavy... I tell them that he was tight with Maxwell & call up the house. "Tater" tells us that Maxwell's playin' some Modern Warfare & losin' like normal. Man, the guy just ain't that good. It's point & shoot, man! nyway, these guys really want to talk to him so I offer to take 'em to the frat house.

James: We manage to figure out that the muscle-headed frat-man that left with the cheerleader chick earlier knew the guy that died, or at least one of his friends or something. So we figure we'd go talk to him. I also wanted to see the area where the death went down. Morbid curiosity. The coffee shop is about to close so we head out.

Becca Look at all the bird poop ... gross

Brick: We make it to the frat house, and the hippie dude asks 'bout some turkey's in the yard. Man, that's some crazy shit. You usually don't see turkeys this far in the city like this. Anyway, we go inside & I hear yelling upstairs so run up. Turns out Maxwell's just cussin' up a storm 'cuz he's losin' like normal. When he's done with the match, I pull him over & talk with him about Elliot.

We go downstairs, & he seems a little distant 'bout it. He says that he lost a neckless 'bout the same time Elliot disappeared. I also got to make some popcorn! I thought "Slider" & Terry ate 'em all. Sweet! I start nukin' a bag & suddenly I hear a scream from the other room from the girl I went to the movie with... damn, what was her name... She's yellin' about dying & turkeys...

James: We check out the crime scene. Plenty of pigeon shit, not much else. The movie lets out in the nearby one-screen movie house, and who come trotting out? Yes, smartass, all the people who just watched the movie. But 2 of them are the cheerleader and the jock from earlier. Handy, as we wanted to talk to him.

He wasn't aware of the news, and seemed appropriately shocked and dismayed. He invites us to go to his frat house to talk to a dude that knew the now-dead guy better. Why the hell not, maybe I can score a few beers? Frat guys drink on school nights.

The place is a pig sty, but I've seen worse. The dive bar across the street from where I used to crash back in Texas was way worse. The cheerleader is pretty squeamish and decides to spend a while puking next to the stairs, making it smell even worse. I doubt she could hold her liquor either.

The jock dude rips the other guy away from his video game and chats with him. Nothing much is found out, other than something about a missing necklace. We go back downstairs, and just as I'm about to sneak a beer out of the fridge, *BAM* the power goes out. I hear a noise at the window, and the cheerleader pauses her barf session long enough to scream out "So many turkeys!" Some heavy shit's about to go down!

Becca Look at this mess ... gross, oh what's that smell ... oh gross. I Got it the turkeys are going to attack the friend of the other victom ... "'so many turkeys' -cheerio

The commercial break featured an ad for Blimp travel and how safe it is. 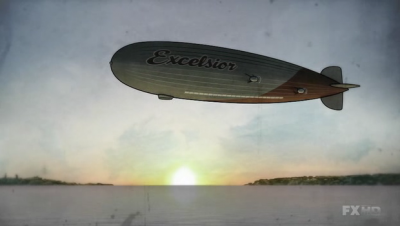