Brew:3 Your Salad Was Not As Effective As You Thought It Should Be 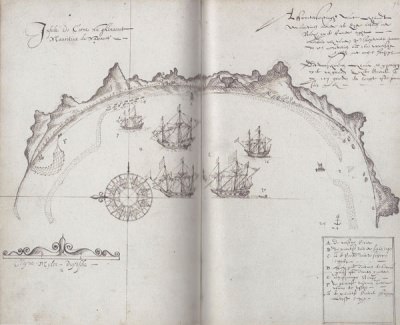 Brick: Hey, yo! I was talking to Maxwell about the guys seeming to know something about the birds, & he said that I should do some detective work & find out what they know... like Batman!

I give Becca a call & smoothly get her to invite me to the Ovi... Evi... Aviary-thingy for a lecture...

James: Did some more research on the bird stuff, with the help of my new friends. We find out about the lecture at the aviary on campus, and after a fine meal at "Let's Chat", we go check it out.

Becca: Wow, Ornithological Talk is that not hapinstance.

You Have *Another* Question?!

Brick: We get to the bird building, & listen to the profs. One is this cool chick who sounds like her life is full of adventures. The other guy is a snooze-fest. Man, I could not keep my eyes open for his talk.

Afterwards, we go through the bird museum & find their display on the dodo. Dude, that bird is fugly! After that we all go to Brewed Awakening for a coffee.

James: The lecture was pretty boring for the most part. One of the two presenters fielded questions afterwards. A bunch of Chinese kids asked some questions, and then I queried about the Grey Parrot we just learned of. Got nothin'. In order to not appear too conspicuous, I decided to dilute the questions pool by asking about some random other things, like the Asian Bird Flu. Afterwards, we checked out the museum exhibit. Yawnsville. Dead end city. 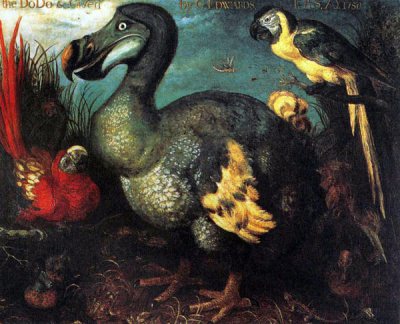 Brick: While we're at Brewed. The boring prof passes by. We decide to subtly follow him although this crew's none too subtle.

We follow him to the theater. I've already watched "The Birds" so I decide to head around back & make sure he doesn't sneak out the back. When I get to the backdoor, I see blood. I jimmy open the door & find the nerdy, little prof & a Chinese undergrad.

I tackle the undergrad as the prof summons a giant bird! It's one of those dodos, only huge! I roundhouse kick & punch it & it squawks at me so I squawk back, & it runs. I go to follow...

James: We head to Brewed Awakening afterwards for some wake-up juice. I like that place. The staff is really...nice. Not too long into enjoying my cup 'o joe, when one of us spots that boring-ass professor from the lecture walk by. We're curious, so we decide to follow him. I tried to be nonchalant, but I'm no ninja. About as subtle as a cement truck. Whatever, he didn't seem to care.

He heads into the theater. A couple folks go around back to make sure he doesn't slip out, and the rest of us follow him through the main door. He's not in the lobby, so we get tickets and head into the screening room. I take a good look around - he's not in the audience. The only obvious exit is the door at the front, next to the screen. So we pop in there.

There he is. Standing in a large pentagram, with a knife at the throat of some homeless-lookin' fella! Some Chinese kid is there too (possibly from the lecture?). He's holding a big ass book open, and has a plastic sheet over him like he's at some goddamn Gallagher show. My guess is it's not for watermelon juice, but for hobo blood. NO FUCKIN' WAY. We spring into action!

There's a flurry of activity, as the other part of the group bursts through the back door. Brick is charging, tackling, and punching. Ilke does some amazing kicks and disarms the guy. Becca is using her mind power to lift and slam. I go to cut the speaker cables, in case the audio from the "Birds" film is part of the ritual. The professor is disabled and goes out like a light. The Chinese dude is subdued. I'm just about to check on the hobo when the fruits of their magic ritual go off.

A GIANT ASS DODO BIRD suddenly appears! And he's angry. We beat on him a little, he fights back. I try to make him fall asleep, but it doesn't work. He decides that tearing through the movie screen and rampaging through the theater is a fun idea, and does exactly that. We follow him out...

Becca Oh, I knew Al was a bad guy, I going the burn him and his little AI. Oh my that biird is realy scarry. The AI ran, and the bird (oh, its scarry) is leaving. I will get a pic of this, so we can have proof of the attacks. Wow, my phone is not working.

Next time, on Brewed Awakening

James and Brick are chasing the summoned giant dodo with Ilke following a distance with her camera, scared but filming. Becca has her TK active (Str 8, -4 to next activation) but is paralyzed with fear.

And now for a breaking news bulletin! I'm your host, Philip Seymour Hasselhoffman.

This just in - the British Government has declared war on Canada. This declaration comes after a series of diplomatic disputes following the legalization of marijuana in Canada. The British Prime Minister has repeatedly accused the Canadian Government of being complicit in a series of smuggling operations between the two nations.

When asked to comment, American Ambassador to England Kanye West was quoted as saying "I'm-a let you finish, but Montreal had some of the best brownies of all time". And now to the weather with Toby Bryant.

Meanwhile, the weather in Vegas is boring but still must be reported.