🎲 DM: The usual cast is not featured in this storyline. We are following what happened to Popeye when he was granted temporary freedom by James.

Boy: After doing my business on the wrong mailbox, I found myself needing to pay a debt: Help Popeye track down the Fugio coin. Last known owner was a dame named Felicia.

Ragnar: Freedom after countless days! My rescuers are strange, but I will not gainsay them. I swear my sword to their cause.

Robin: It was such a fine day; sleeping and warm. That special time of day I call golden hour, the time of day all of the fraternity's denizen's are either at class or passed out, my true chance at peace each day. Then here he comes, the little imp. What's his name? Alf I suspect. After all of the trouble he's caused me, he has the audacity to ask me for a favor. I would love to tell him to find the fugio cent on his own but this may just get him to leave me be.

Nuglub: Let me start by saying, some days it doesn't pay to leave your Woods. I was having a fantastic time counting the mushrooms growing in the shadow of a grove of alder trees when I heard this horrific singing. Well, maybe the singing wasn't horrific, but the choice of songs could have been better. I was so upset by it, that I agreed to go along with an Imps plan to find some penny. I guess it was or a good cause. It kept my friend Robin from being eaten by said Imp.

Getting information about Felicia Voss 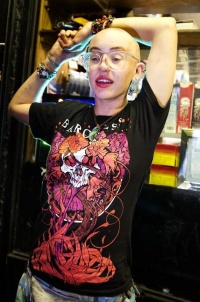 Boy: We found a picture of Felicia, and I took it down to the hobo camp and gave them the old puppy dog stare trick. Got a few bites, and found out she'd been nearby. Word on the street was that Felicia was a regular at Belvedere's.

Ragnar: This world is bewildering. My new companions seek a coin owned by a woman named Felicia Voss. This seems a paltry treasure, but I do not question. I wait to prove my worth.

Robin: It would seem, to me, the best way to find the cent is to track the cent "being very rare and all" but the consensus seemed to be to find the human who had the cent, a person by the name of Felicia Voss. Normally it's rather hard to tell one human from the next but this one has shaved off her mane; as to what ends I am unsure. She surely seems, the sort who consorts "of sorts" with the likes of Popeye.

Nuglub: I attempted to go to this coffee shop and use a computer. Popeye told me that his human did it all the time with his friends. I rode my trusty raccoon in, and was shooed out. I walked in myself and was about to find the information, when some human got all huffy about some made up word...mid terms. Meh. We then went to the Cathedral of Learning to use computers there. I have to say, if I were not devoted to the Dryads and Nature, I would perhaps be ok worshipping the gods of the Cathedral of Learning. 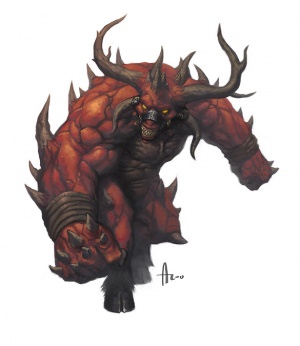 Boy: We went in to inspect, and got ambushed by a few old friends of Popeye's. Derby Girls, fires, action figures, dogs and cats fighting together...mass hysteria.

Ragnar: Our quarry is often seen at a drinking hall. As we lay in wait for her to appear, we were nearly taken unawares by large antlered fiends. But they did not count on Ragnar Ragnarson! Even in this childish form, I am still the equal of 10 men in battle. I slew two of them and would have taken the others if my companions had not interfered. It was good to feel the thrill of battle.

Robin: I am, of course, very familiar with chaotic surrounding from my time spent at the fraternity and the bar in which I found myself was similar to many Saturday nights that I had managed to survive.

Sadly, it seems that Popeye is even less popular than I had initially assumed. He has some how managed to anger a demonic Teddy Ruxpin. I can't blame the little bear for the way he feels, I wanted to support him but it really came down to Teddy being a whiny little twit and before long I was in a battle with huge demons and humans on wheels. (I have quit caring to understand humans long ago.)I even found myself protecting Popeye, I have certainly held up my end of the bargain thus far.

After the fracas was over we managed to find a little hidey hole down stairs where we found some of this Voss persons belongings. With those I managed to put a tracking spell on Voss. It seems she is on her way to Centralia. In a very ill advised act out little ice mephit friend managed to steal a cop car, atleast we have a chance to catch up to her now.

Nuglub: Wow, I really should have listened to the Dryads when they told me I was in suspect company. Popeye got attacked by this little teddy bear and his Antler Demon friends. I had agreed to help the imp out, so I pulled out some of my awesome earth magics and bound several of the demons in earth. This let Popeye and the others to finish them off. Sadly, we couldn't catch the teddy bear to ask why. Next, the authorities showed up, but we were safe in a magic ward of invisibility. At least, we were safe until the Mephit decided to go steal the police car. It ended up letting us go and search Felicia's room thoroughly. I tunneled through a wall behind a metal filing cabinet, so we can get back in secretly if we need to. The others thought up a way to follow Felicia's trail, and it led far to the west. Luckily the Mephit had switched cars and we were on our way after her! Also, we had a lot of these yummy things called gyros...Delicious!!!

To be given before the next session, after a player has filled out the recap.

Robin the cat
Only doing this to be rid of Popeye.
Boy
Felicia's scent is stuck in my nose
He-munculous/Ragnar
My warrior spirit seeks release from this toy