Dario: We spend the better part of a week in Fort Johnston trying to quell the bloodthirsty rebellion of the dwarves. They are right to seek justice however I draw the line at revenge. So when I hear that someone has been getting the people riled up with rumors of the walking dead, I seek that person out.

And it turns out that it is my squire, Wolfdale! I am overjoyed to see that he is in town! He is in town trying to gather forces to fight the forces of darkness. I trained him so well.

Nict: After inciting rebellion amongst the dwarves, we find ourselves in the midsts of weeks of trials. We try to save whoever we can & help help the town get back in order. While working we find a familiar face. Wolfdale is here recruiting to fight against the undead threat! Dario is sure happy about having his squire back although it seems that Wolfdale has appreciated becoming his own man...

Dario: As Wolfdale downs his toxic dwarven ale, a loud roar goes through the crowd, as apparently they were betting on him being able to keep it down. The winner of the bet is identified by Tarralon as the dwarf who swindled us out of some cash. We decide to have a talk with him.

I'm drunk and I sort of remember how it went down. ::burp:: He insulted mother Nardozzi's wine and we had a ... drinking contest? I recall cheering, for me of course. So I think that I ... didn't lose?

Nict: As Wolfdale & Dario sit down to drink, we notice another familiar face. Huh, small world. This one we're less happy about: Nolar Rockbottom. He stiffed us on a while back. Dario gets him into a drinking contest & the poor dwarf loses. I don't think he'll ever live that down.

Thad has a Dream 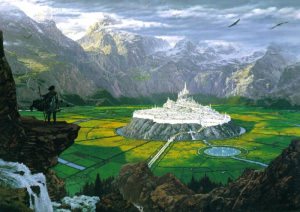 Dario: As we neared Silvertree, a weird thing happened. Apparently Thad has, well, super active dreams and the Dario Defenders can join in. The content of the dream is fuzzy, for as soon as I appear there is an Iridescian Spirit. Side-by-side Thad and I fight it. As Thad is about to be hit I interpose my body and as usual, I feel my life essence drain away. In the middle of the combat the dream ends abruptly.

Nict: We all dream the same dream one night on our way to Silvertree. We see a hawk carrying a message get knocked down from the sky. We free it and try to rerelease it after reading the letter but it is still slain. We then see an orc army around us as well as one of the phantasms we fought in the dream world. We fight it & then awaken...

After this disturbing shared dream, we make our way to Silvertree.

Librarians are Consistently Hot, or Stories of the Crimson Ruby 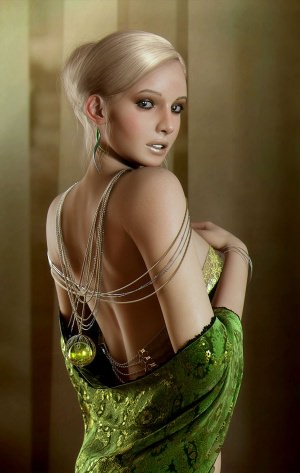 Dario: The library at Silvertree is most impressive library that I have ever been too. As Tarralon would not, this is not an impressive statement considering that I would much rather be working a vineyard. We talk with the librarian, who is an attractive, though ancient elf named Nyssa. She tells us that Assybah was actually respected here in Silvertree. He was a research necromancer who, without surprise, started using that knowledge for evil.

Nyssa tells us that there is a gem, called the Crimson Ruby, that undoes the entrapment of souls in the soulstones. This item is stored underneath of Acworth, which is the same location where the orcs are gathering.

Nict: After making sure we have a room at the local inn, we travel to the great library of Silvertree... and boy, is it great! Truly an inmpressive engineering & magic marvel. There we meet the librarian who seems to have taken a liking to Dario. Thad, Donavan & I do research on Abyssah & anything to do with the soulstones while Dario researches... the librarian.