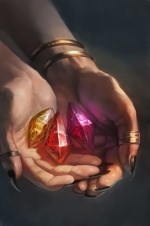 Dario: Nyssa Silverwind tells us that there are many gems of power. The Crimson Ruby will allow us to reverse the effects of the soul gems but at a high cost of people's lives. Lost long ago were other gems. The Violet Amethyst was known to grant control over a person's subjects. I'm rather happy that gem has gone missing. The other gem missing is the Yellow Stripe, and it manipulates people through fear. Another loss that I'm happy to hear about.

We are told that the Crimson Ruby is still in the possession of the elves of Silvertree but is hidden and defended.

Nict: The librarian, Silverwind, tells us of 3 gems with great powers made by Assybah. The Crimson Ruby could potentially reverse the process that reverted people to soul gems. The others were stolen long ago, & the Crimson Ruby is held at a location known to only Silverwind & a few of her compatriots. 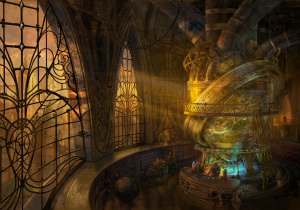 Dario: Nyssa uses her astrolabe to confirm that the Crimson Ruby is still safe. We see a large army, then darkness. We fly through a tunnel and see the Ruby being weilded by Denal Thon.

Nict: We ask Nyssa to scry for the Crimson Ruby for us, & she does. We feel a blast of cold air & see a vision of a snowy mountainous area. We also see Dinal Thon in possession of the gem. 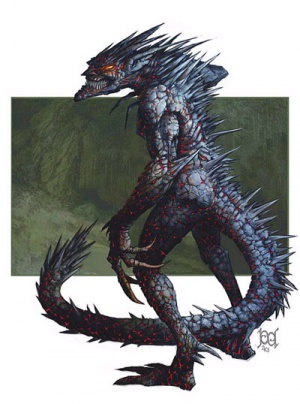 Dario: Tarralon is giving a performance and in attendance is someone that we need to speak with, Regent Tolmari. The marvelous performance is interrupted by Handmaidens and my archnemsis MALTYH! The ensuing battle was truly epic and Malyth's plan to ignore, and thus enrage me, worked. My blind rage, uh, blinded me and Malyth was able to fall me. He is the first to ever do this. Fortunately I am part of a team, and I am revived, and Malyth is defeated.

Nict: We have days before our audience with Regent Tolmari, but as fate would have it, we got to see her early because of how well Tarrallon's performances have been doing at the tavern.

While his performance is winding down, we hear a familiar cackle. Malyth is here! The doors burst open & there stand 2 Abyssah's Handmaidens & 2... unknown constructs. All of them are brimming with electricity. Half the patrons use magic to escape & half attack these monsters. From somewhere, maybe above us, Malyth calls lightning from the sky & starts killing patrons. Regent Tolmari's bodyguards do their best to help although to be honest, they fight like... well, elves.

I call upon Homara to protect me from their electricity & charge into battle. Their electric attacks roil off my mystical barrier as I fight. I take down several of our combatants, but we can't find Malyth until Thad uses his power to see invisibility & spots him in a corner of the building. Dario attacks him & gets trounced. I attack him, & he takes the last of my barrier away, but before I can call on this power again & rejoin the fray, Tarralon defeats Malyth.