Alligators in the Sewers 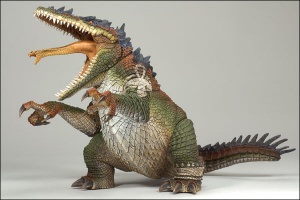 Underscore: So I was exchanging pleasantries with my frood Guy who's okay for a hipster when Guy gets this call from this crazy gang that gets up to all kinds of crazy predicaments_ There was this one time that they had to use my mad hacking skills to get to Kokomo and dudez it was a radical vacation /laugh_

So some frat hazing ritual went bork when they decided to hunt sewer alligators, and they should've asked me dude I could have told them it's chock full /sigh_

So we went there with that one campus cop Sharon and Guy and that crazy gang and we find the frat boys down in the sewers but there was Sobek the Egyptian Crocodile god of Crocodiles who's temple was in Crocodilopolis controlling the alligators /groan_ Sobek tells that crazy dude James that if James stops his pendant quest he'll let us go, but that was a no go and we try to fight him_ But there was no way we could summon up the pwnitude to own that dude, so James tells him that he'll stop his pendant quest if Sobek will let the frat boys out alive and lo and behold he lets us go_

Brick: Hey, yo! So while I'm in line for QuatStar tickets next to Kimberly, I get a call from Fabio. He tells me that he was hazing the Froshs in his new pledge group. He took them into the sewers to look for alligators. Apparently, according to him, he found 'em.

I tell Kim that I gotta go, & she loans me a Snuggee that she says has magical protective powers. I thank her & call the gang together as I go to sewer entrance. We meet up & head in. The place reeks! We find the pledges & then we find alligators. I may get a chance to wrestle one!

One of the alligator gets up on 2 legs & says his name is Sabek. He tells us that we have to stop going after the Winter Knight or he & his alligator friends will eat the pledges. James agrees... Man, I was gonna wrestle an alligator...

James: So yeah, I just made a promise to a sentient alligator monster thing. A promise I don't intend to keep, like at all. I hope that doesn't *ahem* bite me in the ass.

James: My mischievous pet demon imp (say that three times fast) wants to renegotiate. Fantastic. How much more of this shit can I plunge into and not expect a shitstorm later? Well anyways, Popeye wants more freedom. In exchange for more help and information. Why the fuck not, at this point? 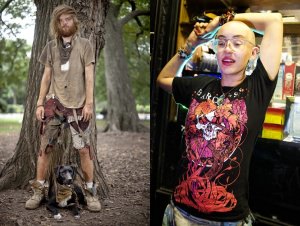 Summary: Perpetrators still at large, though evidence suggests they are members of social group called “Crusties”. No suspects, officers, or bystanders were harmed, though 3 shots were fired. Damage to store consisted of several destroyed Crystals, one plate glass window, and 3 bullet holes in the ceiling.

The B94 Voice of the Stars Trivia Contest was Rigged!

James: GODDAMN CHEATERS! We had that, too. Assholes.

Brick: When I get out of the sewers, I head home & take a shower. When I get out, I hear scratching at the window. I go to see what it is & see a tree outside my window. I had to ask one of the frat bros. to see if we'd always had a tree out there, 'cuz I don't remember one ever being there. He tells me it was always there... but still...

Then the weirdest thing happens. The tree talks to me! I call the guys over. I mean, what do you say to a tree? When everyone arrives, I introduce them to the tree. He says thanks for playing the music in the part when we summoned Ainé. He also says that we can stop the Winter Knight with flowing water or something.

Going to the Zoo for Wolf Hair

Brick: When we get done with the tree, I get back in line for the tickets. I end up with that very last one. Luckily, Kim's still there & she tells me she has some extra. She just needs some wolf hair to finish one of her new knitting projects. I get the guys together to get some wolf hair.

We go to the zoo's wolf exhibit, & Kingsley gets the zookeepers to give us some with her cop powers. We give it to Kim, & we get the extra tickets. Man, this is gonna be a great show! (I also promise to clean the Snuggee & get it back to her.)

James: What? We actually get something like wolf hair without having to fight tooth and nail for it? I kinda like this "smart approach".

The College Try and Booty Call Voicemail by Garfunkel and Oats.