Nict: More running through the swamp trying to avoid Lizard Wizards. We'd go without fire if it wouldn't kill us. I'm glad we're leaving the swamp soon although it saddens me that we will almost immediately be coming back into it. As we escape this frozen hell, we come across smoke coming from about where Donovan's house should be...

Dario: We are stalked by Lizard Wizards that prefer to walk on all fours and are unable to prevent them from escaping us. Eventually a squad of Lizard Wizards attacks us and we survive.

Is The House Burning Down? 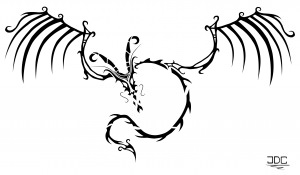 Nict: We come up to Donovan's house & see that it is not burning down. It's a pleasant change of pace for us. Instead, we are greeted by arrows out of the window. Apparently, some people have appropriated the house while we were away... and surprise of surprises, they speak orcish. We send in Thaddeus as he speaks orcish, & they seem to think that he is our prisoner. Thad is in there for a little while & then yells for help. I would burn my way through the front door, but my compatriots are in the way so I jump through the window... which I immediately regret as I fall to the ground & get attacked from 2 sides. This group moves like a cohesive unit. Definitely well trained, definitely more prepared than us. I let loose some of my personal brand of firey-death, but slowly succumb to our opponents. Luckily, Tarralon, heals me up & I continue to cast as I can. As we get the last of the grunt troops, the Orc Boobies grabs her injured companion & make their way out the building. After everyone gets back up, I bash one of the orcs in the head until I'm sure he won't trouble us again. They have done a real number on Thad. He doesn't even have the strength to get up. Dario & Donovan are working on healing him up...

Also, they killed & ate all the pigs... Donovan is quite broken up about Jeff...

Dario: Donovan's house is overrun with orcish squatters. They call out to Thad and we send him in to negotiate. Once they realize that Thad is not of their "group", they attack him. The battle is long and tough and poor Thad spent most of the battle unable to move on the ground. Eventually a few of the orcs get away and we are glad to let them go. The bodies of those slain have dragon tattoos on them.