Brew:14 A Farewell To Armis

Ilke: We stumbled upon a crowd of people gathered around Chang, shouting some kind of chant, apparently in his honor. Lord Mecha was there too, tied up in front what looked like some kind of portal - I don't really want to know where it led though... totally negative vibe. While the others were trying to decide what to do, I noticed something about Chang - at first I thought I was just seeing tracers, but then I could make out a vague outline of a shape separate from him. There closer I looked, the clearer it became, until I could recognize it as some kind of creature. I couldn't say exactly why, but the sight of that thing filled me with a feeling of dread like I've never felt before. I'm not proud of it, but I threw caution to the winds and ran for my life. Obviously our cover was blown by that point, and the others had little choice but to run after me - and the chase continued...

James: We try to talk to Tessa Doom, the vampire princess. It devolved into a fight. Of course. Them suckers are fast. We stop them, but I acquire some sort of pet in the process. A little impish demon thingy appears, and declare "I am what I am." How very Popeye. He seems to be most pleased when I cast certain spells. I can't say that I'm a fan, but I don't know if I can do anything about him for now.

Brick: Hey, yo! Chang spots us & sends his forces at us so we hightail it out of their. Always one step ahead of the snappin' were-wolf maws & vampire fangs... It takes a while, but we finally lose them... back in the room where we fought the vamp chick. There is an imp in there that seems really fond of James. I urge him to keep him. I even give him my bagel. We learn from it that we can change this back by destroying that contract that caused this world change-thing.

Fourth Floor is Now an Airship?

James: Investigations take us up to the fourth floor. It looks like a deck on an airship. Probably the Steampunk floor. What the goddamn hell is going on here? The walls and floor still exist, but look like open air, way above the clouds.

Brick: I follow the others upstairs & we come into the third floor, but it's not really the third floor anymore. It looks like they took off the roof & there's a blimp above us.

We check that shit out & find there are some robots playin' a computer game in one of the rooms. They say they don't want to fight & found that they could finally fully join with their game... Weird, but to each their own.

James Fights For the Love of His Life, She Doesn't Know It 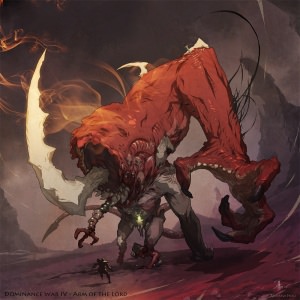 James: Astra Stark, I WILL SAVE YOU!!!

Ouch. That fuckin' hurt. And she credits Brick as her savior. I hate my life. Sigh.

Brick: We sneak back up to the front entrance from a different angle. Ilke & James both seem to think that Chang's possessed or somethin' so all this ain't necessarily his fault. Kim's still cryin'. We decide quick on a plan. Popeye's gonna impersonate me. Popeye, Ilke & James will go up to Chang. I'll take the contract & run up to Kim & have her tear it up.

It goes off almost without a hitch. I get to Kimberley & tell her to stop this but she seems dumbfounded. I put the contract in her hands & use her hands to tear it up. A portal appears & sucks whatever took over Change back to wherever it came from.

We let Lord Mecca down from the chains they have him up on, & I sit down & rest. Man, what a crazy game. I think I like LARP-ing.

Conclusion of the Storyline

Obfuscate (Usable Once): The next time that you increase your rank in the Crime skill it costs the new level * 1.5, rounded down instead of new level * 2. Purchasing the skill for the first time costs 3 xp instead of 5 xp.