Marshaling the New Members of the Group

James: It appears we share some common goals with both Sharon Kingsley and Underscore. They are helping us out with trying to track down Tim Wang. Underscore scored some bus tickets for us (heh) based on a premonition from Crane. I think it's wise not to ignore him in these regards.

Brick: Hey, yo! I meet up with the normal crew when the cop that sometimes shows up... well, shows up. She seems to know Becca so I guess she's cool. She & a dude named Underscore decide to help us out as we try to find the second girl in the pic we picked up off of the ginn.

We get a lead that she's a part of some bee keepers club at a place called the Honey Pot. We head out there. I go with Kingsley in her Gremlin... that may need a little work done cuz I think I heard the gear slip a little when it shifted between 2nd & 3rd. I guess I'll talk to her about that later.

Honey Pot is a Buzzing 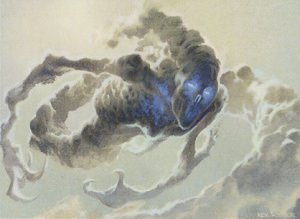 James: A clue to Wenn's activities leads us to a local beekeeping club, where she is apparently the treasurer. We check it out, and bump into Becca's grandma. She's hilariously old and Jewish. Real nice too, invites us all to a home cooked dinner. I can't wait.

Before we have much time to chat, these creatures show up and start tearing up the building. Some sort of floaty air-critters. Supernatural obviously. I do my best to cover the club members as the exit out the back, and we kick their asses. Ilke spots a girl in a car in peril, and goes to help her against the air creature that has taken malevolent interest in her. (I may or may not have accidentally destroyed the car while trying to help with that. Oops.)

Brick: When we get there, we get to meet Becca's grandma. She's a sweet old lady that I think may be tryin' to set me & Becca up. I don't have the heart to tell her that Becca is cute & all, but I already know what she's like most of the time so I have no plans to date her. Plus, I'm tryin' to set her up with Chang. She did invite all of us to a brisket though which was really cool of her.

When Becca finally pulls herself away from her grandma, a sudden super powerful gust of wind breaks the window. Kingsley & Underscore try to get the older people out of the room to safety while the rest of us try to stop the air monsters that caused it. For some reason, the bees seem to be keeping them out. We stop them, but they end up flippin' a car. We go to see if the driver is all right & it turns out to be Kimberley from the photo.

She gives me Gazie's apartment key & says that I should feed her cat as she's probably going to the hospital & agree to. I mean, I don't like Al-Gasy, but I don't want his cat to starve. So we go & check out his pad.

We check his Facemart profile & find the Chinese guy who attacked him at the hospital. Apparently, he's goin' to a math conference in Kokomo. Yay Kokomo! I've heard it's a really fun place. Unfortunately, it looks like we're goin' for the stupid conference that sounds redunculously boring.

Megabus to Kokomo, the Vegas of the Midwest 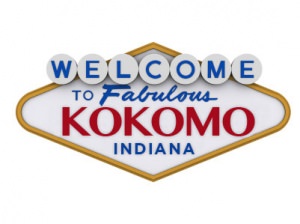 James: We find out from Wenn where Tim lives, and go check out his pad. It's unoccupied, so we help ourselves to a thorough search. Some stuff on his Facebook page and in his safe point to him going to freaking Kokomo Indiana. So I guess that's where we're going. Looks like the bus tickets Underscore scored will indeed come in handy. Time to warm up my dice-throwin' arm!

Brick: In the end, it looks like Underscore didn't want to come so it looks like it'll be me, Becca, Ilke, Change, Sharon goin' to the Las Vegas of the Midwest... for a math conference... <sigh>

The break was a weird ad from Brad.